About: a Thing for Another

a Thing for Another is a movement dedicated to unifying orphans in Kampala with a wider network abroad, where we hope to facilitate their integration into loving, stable home environment through local efforts & initiatives, development projects, and through education sponsorship of the children.

We are interested in the process of integration with existing efforts & relationships - as we want to maximize efforts & not monopolize them. We believe that the principles of community, accountability, and generosity are essential to see this vision continue to become a reality.
Although the primary benefactors are the children receiving support & school fees, we believe everyone in the community is blessed & strengthened for being involved.
Expect accountability from aT4a, Encourage "anyThing you can spare",  Express thanks in all things

About the Program Coordinator 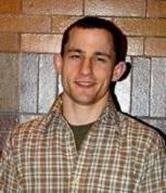 Hi!
I'm Jamie, a guy from St. Catharines, Ontario. I grew up seeing the famine in the 80's (in Ethipoea), and have wanted to help ever since. (Mom didnt let us snack too close to dinner, and I thought "if I'm starving, how bad must they be!!?").
I joined the wrestling team in high school and made the Canadian wrestling team when I was in university while studying sport science- and began sharing through World Vision, CCF (Christian Children's Fund) and learning more about these organizations as I did.
Unfortunately I was sickened by what we're now discovering was mercury poisoning, which led to my retirement from the National team in 2007  as a champion (by God's grace) who could barely train. After a B.Ed at Lakehead where I began coaching as assistant, I went to lead the Queen's University team in Kingston, for two years.  In early 2010, after coincidentally(?) watching a video about the country, I accepted an internship with Commonwealth Games of Canada to do sports administration in Kampala, Uganda.  It ended up ending early, which led to the opportunity to grow with the movement already occurring with Patrick & Amos, and initiated by Randeep Sodhi, who was eager to give when he saw the need; he also led in the development of a chicken farm & what we now know as AT4A. With his untimely passing, I've continued on the vision, and we're finishing our fifth year, despite facing setbacks because of my continued health struggles. Thanks to a GREAT COMMUNITY who's mobilized a LOT of resources, many children have been brought into loving situations, many semesters/years of school have been attended, and the capacity for Ugandan volunteer leaders to do this has been continually empowered by sustainability projects.