I got a job, and I live in the West.
THANK GOD!
Wow, I'm so far ahead of most people in the world.


SO I pledge to park further away from work, and no matter how I feel use the $5 I'll save on supporting this cause "that I believe in". I DO.  We'll see though.

I got ready too slowly in the morning
(NO MAtter HOW MUCH TIME I make, it always seems to get filled; too much time cooking, showering, hair and dressing.)

I think 2 things need to happen [aS I've SPent a Lot of my time DOing Things I Believe in: i.e. this site, fellowship, etc] and non-essential time is small already.
SO: 1. I'm going to have to be as organizaed/systematic as possible, to save time
2. My culture's going to have to change. I have to make sacrifices that THEY DON'T HAVE IN THE FIRST PLACE.
Finally, my culture will become theirs, as I make the most of all I was given.
(I thought this was going to be easy, I thought "Just a small adjustment"). Nope.
But then again, I also thought I was in for an AdvenTUre. And it looks like I found one. 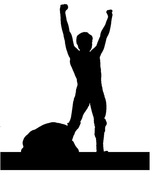 In the rain & with a (semi-realistic, semi-crazy) smile!

First 5$ tucked away. And $5 from yesterday- some future purchase is going to have to take a sacrifice, because
in their situation, it needs to be me catching up with them, no matter the cost.
So... good bye gluten-free chocolate macaroons....
....Hello chocolate smiles!!!!!!!!

The little monsters in my hips
My hips are inflamed from an undiagnosed auto-immune disorder. OR, there's a little fire-ball demon in my hips & knees and there's not a lot of room for comfort/liberal movement.
ANYWAYS, I still walked & did the jaunt, but it was quite the haul. After work my hips & knees were so inflamed from standing, I stopped 2x on the way back to my car, a 5-7 mins walk.
I was so sore from walking back to my car, when I realized I had no change, the prosect of walking anywhere to change money (with nowhere close)... daunted me & I just drove under the wooden arm. My car's fine, my hips are recovering, but I feel a lil' guilty & think I should repay the lot next time I'm their. It's their business & lot. So $5 saved, for some lucky little guy/girl.

Saved 3 because I was late this am. I went to bed a little later than I'd have liked. MY roomie woke me up at 5:45am to get a ride to emerg. She's ok. I bareloy slept after that. Moving this am was SO HARD. So, I was late. No excuses. I chose a new $8 lot and a parking officer gave me a tip to a $5 one close to work. Whoop! It was needed. With yesterday off, my hips were a little better, but I think maintaining work will mean stepping up & saying what I need- a stool for the cash register.

Out for lunch after church with a friend, and bought food from groc store to cut my costs in half. $4 more for the kiddos.

It doesnt always seem like another will be helped for my little sacrifices, but I've chosen to pay for rent for my friend Pastor Amos in Uganda, with the money I've saved. It's.. ~ $50, so we're just about there.

My hips are bad, but I'm so blessed. Work- Tara Natural Foods- not only is a blessing to the health of our community, but they have so far been flexible with hours- completely.  =)

1.Parked at Tim Hortons since I had a short shift, and they had space. Dont know if I like the feel of it, but I was late, lots were full, and the fire-demons in my hips were in full force for some reason, so it made it hard to walk far. $5 saved (my new mark)

2. SHOPPING-   I ransacked the discount produce at work (Tara Natural Food's)  so I saved a lot. The MINDSET begins!!

3. I love life. God blesses my everyday, even tho my health seems to be gettin' worse (my hips, right now), I'm still blessed!

I've been given shorter shifts (i.e. 10-3 from 8:30-5 or 6 before). Also a day off more than usual.
This is better for my randomly inflammed hips & knees. I'm also now basing saving off 5$ a day (new parking lot)
SWEET TEA w/ my Boss, who listened well. He trusts me, and since I'm not best fit for standing around doing work, he's got a position he's considered me for & would like to train me for a more administration-involved role, including.. sitting!
Thank You Lord

This week only saw 3 shifts, as I missed a day for dentist's appointment in Ottawa. Monday morning though, I talked with a guy who had a parking lot wanting $50 a month to park there. It appears a possible best deal. But it's far-ish.

It hurts to walk , but whatever. Being me though, I searched around and found a block away was free parking on the street, and it's far enough that people don't bother- but far enough so I can walk without whining if I don't take a heavy bag.

the call is passed to you... 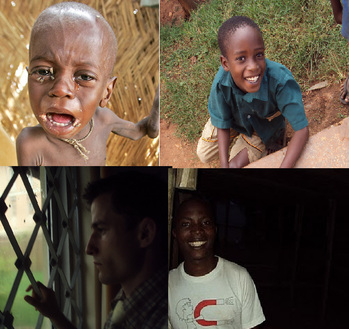 I hope you were encouraged by my randomness. I gave $100 to Amos this
past Monday, and look forward to reporting about the goal of sweetly meeting a
big need in the lives of children who otherwise would face a much tougher life.

Anyways, let me know if/when you're doing someThing
cool for another. It'd be an encouragement, & maybe we can help together
~Jamie